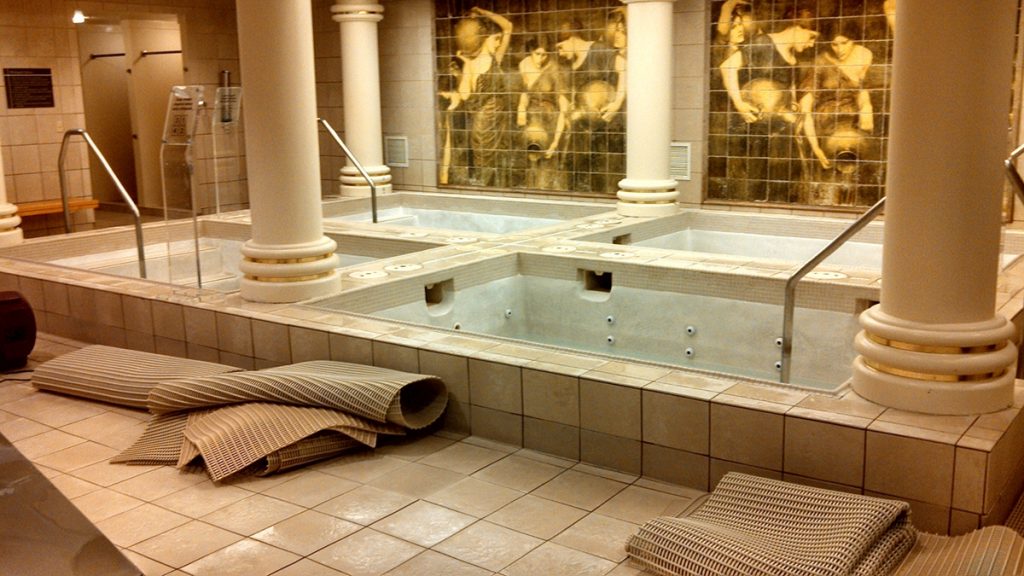 Sometimes a project requires a special touch. The experts at Crystal Soda Blast have worked on a wide range of projects that fit into a category of their own - "Specialty". Specialty projects usually require multiple mediums—sand, soda, dry ice, etc.—and usually deal with unique surfaces. With over 15 years of experience you can count on Crystal Soda Blast to choose the right medium (or sometimes multiple mediums) to get the job done right!

We blasted a very intricate fish stencil into the outer wall of the Pacific Seas Aquarium at the Point Defiance Zoo to highlight their new opening. Read more about the zoo here.

Stencil Blasting for the Prairie Line Trail in Tacoma, WA

We were tasked with sandblasting sayings into the concrete so people could get a sense of the history and significance of the trail by the words we put down.

The header on this page is the ProSports locker room, where the tiles were in need of cleaning. The client tried everything - scrubbing, chemicals, bleach, and more - and failed to make a dent. We were able to remove the tile staining without damaging the tiles themselves. 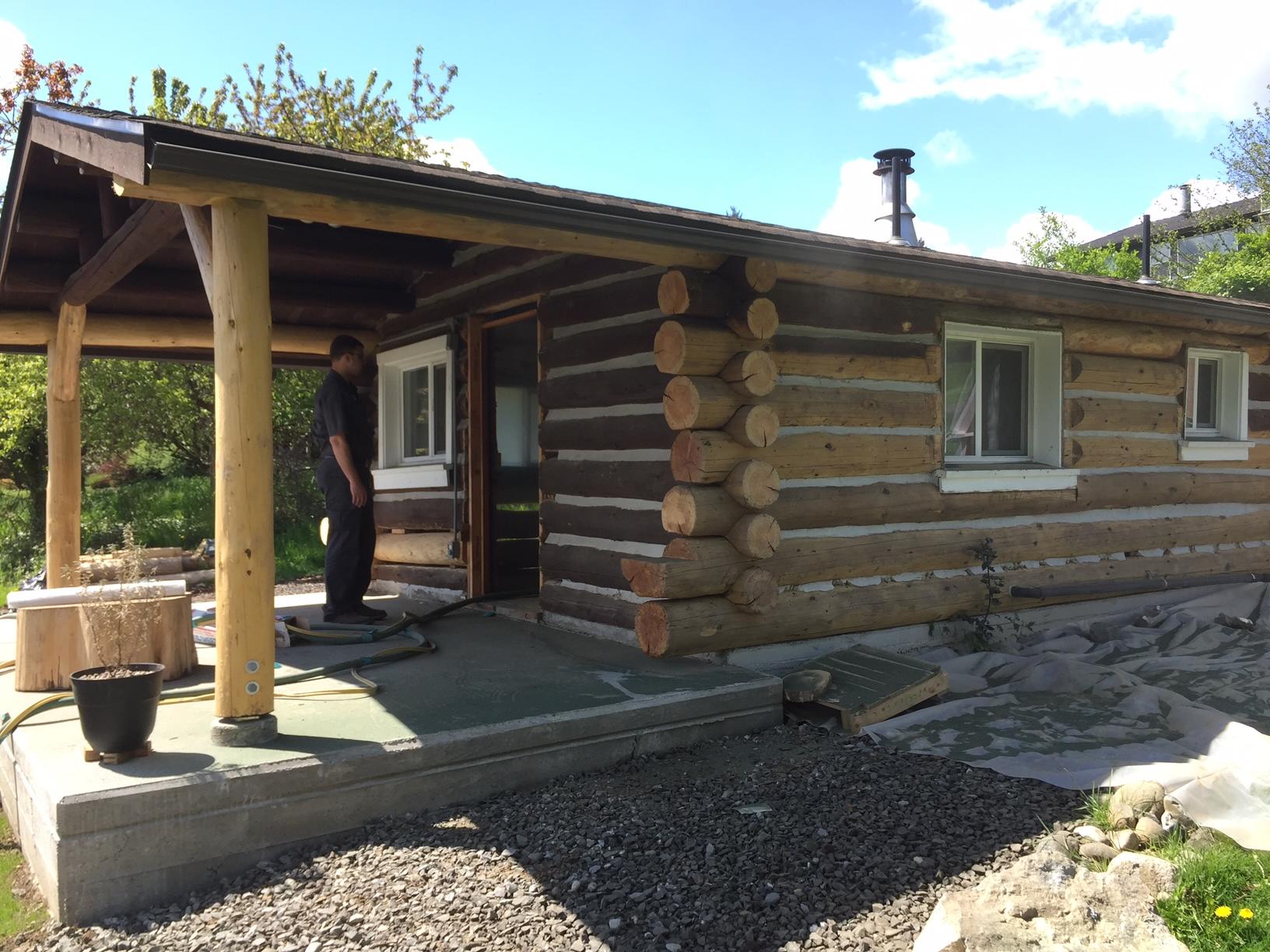 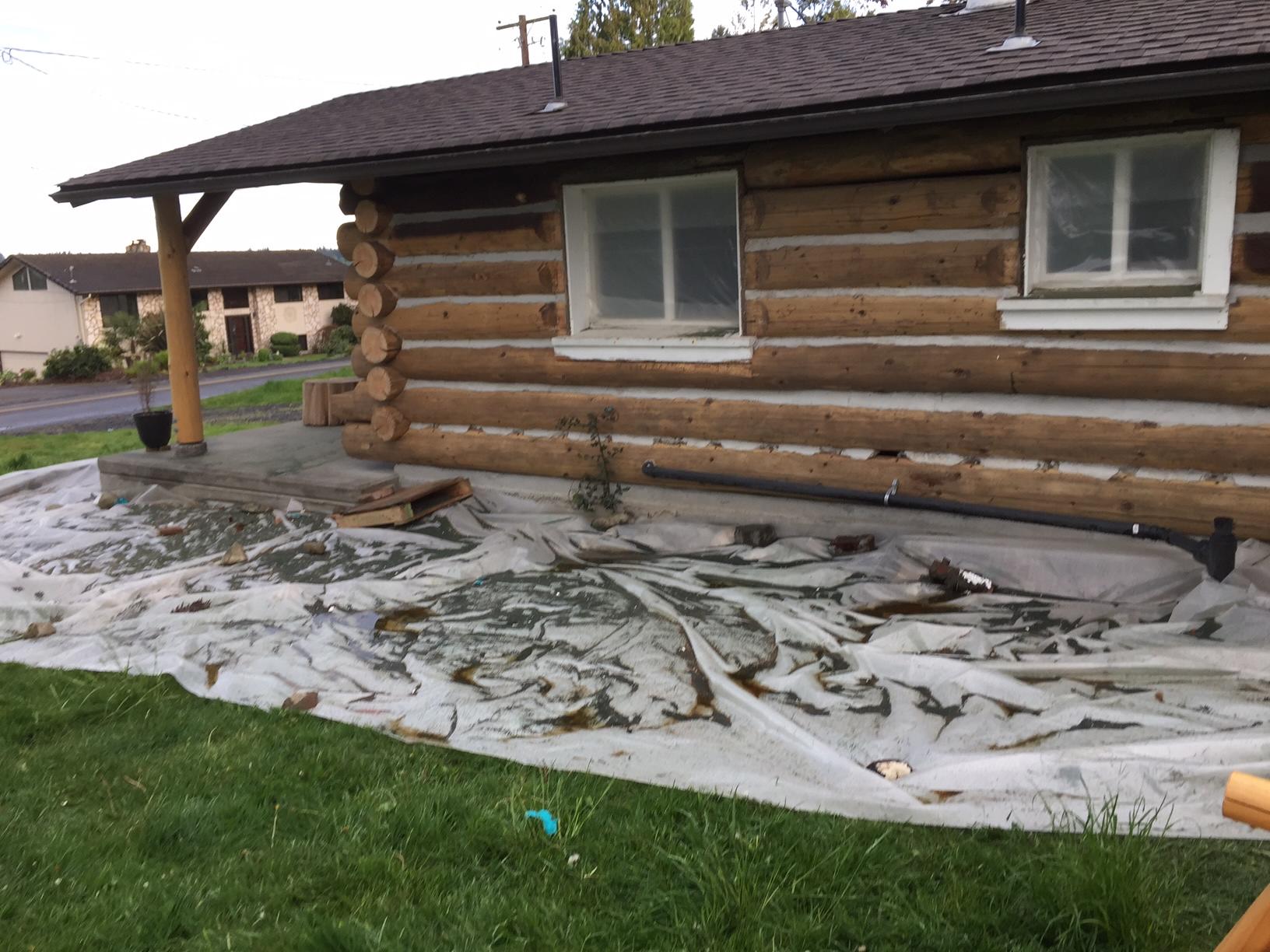 We sandblasted this adorable cabin both in and out to prep for a new stain. They were under a time deadline so we were able to squeeze them into our schedule so that the customer could move in sooner to enjoy her amazing views of the Olympia waterfront.

This very expensive part from a hydraulic generator. The specialists at Crystal Soda Blast blasted it to clean for a local Seattle company as part of their maintenance. 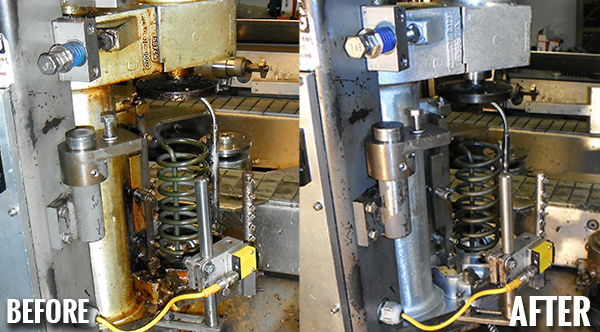 This a before and after of a label machine used in the food industry. We were able to dry ice blast this during the day while part of production was still taking place. Because we do not create a lot of dust while dry ice blasting people were still able to work close by and get work done on food that was already sealed. 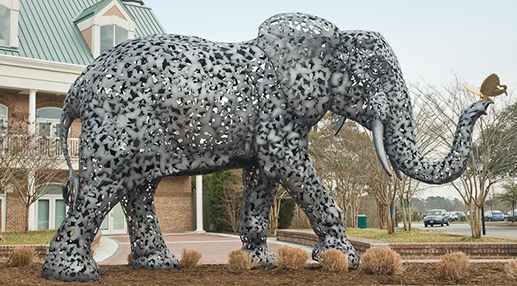 The artist welded each butterfly together to create this elephant on Whidbey Island. We sandblasted both the inside and out to smooth out the grind and welding marks and provide a matte finish. Once this was done the elephant was relocated to the Virginia Zoo. 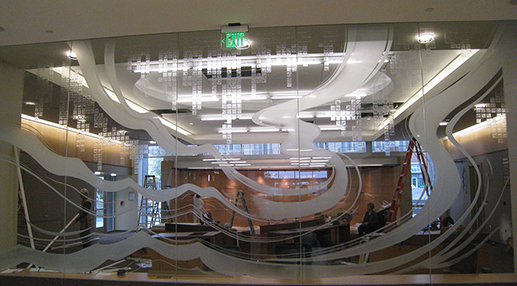 We were called on to fix this glass artwork that been installed in the new Burien Library. A very small portion did not get sandblasted and since the artwork was sent from Colorado, our very own Bryan Cordes worked closely with the artist to sandblast the missing section.

The artist sent us the template which we reapplied to the glass in order to blast in only the missing section. In the end, both the King County Library and Kathy were highly impressed and loved our work. 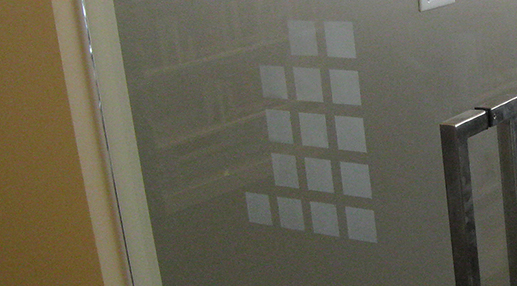 Due to our artful success with fixing the glass wall art (see above) we were asked to help create a little artwork that "flowed" with the Library's decor on a conference room door. The new library had a room that was glassed in from floor to ceiling.

It was very cool looking until someone ran into the door while texting (we've all been there, right?) and gave himself a pretty good bump on the head. Bryan sandblasted a square pattern onto the glass, thereby saving future library-goers from potential embarrassment. 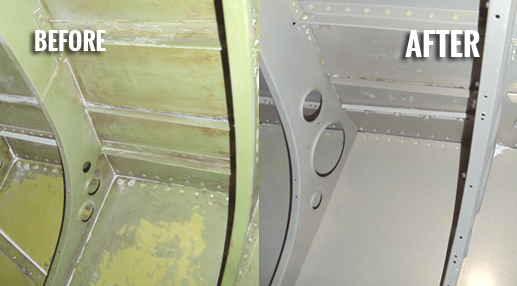 We were asked by a customer to help restore an old Grumman Goose Airplane in Everett, WA at Paine Field. We started using 2 different kinds of plastic media and then 2 different types of soda until we found the right level of pressure and abrasiveness to keep the integrity of the plane structure while still cleaning off the years of paint and insulation glue. We did the blasting inside his hangar. A containment built from scaffold and wood framing allowed him to keep the other planes and vehicles from getting dusty while we blasted. 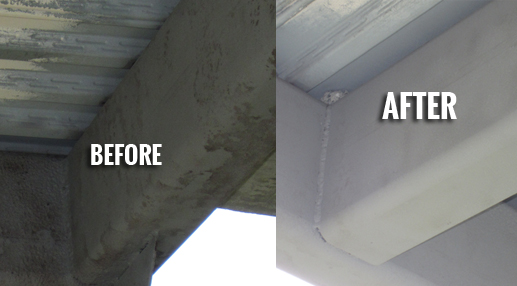 Woodmoor Elementary in Bothell, WA - We were asked to blast to an SP6 (Commercial Blast Finish) in the bid documents but quickly adjusted our blasting to an SP10 (Near-White Metal Blast Finish) to achieve the level of adherence needed for the primer/paint. We normally do not do any painting but were asked by the contractor via change order to also prime the metal in the same day to prevent rust.

Contact Us Today for Your Free Special Project Quote!